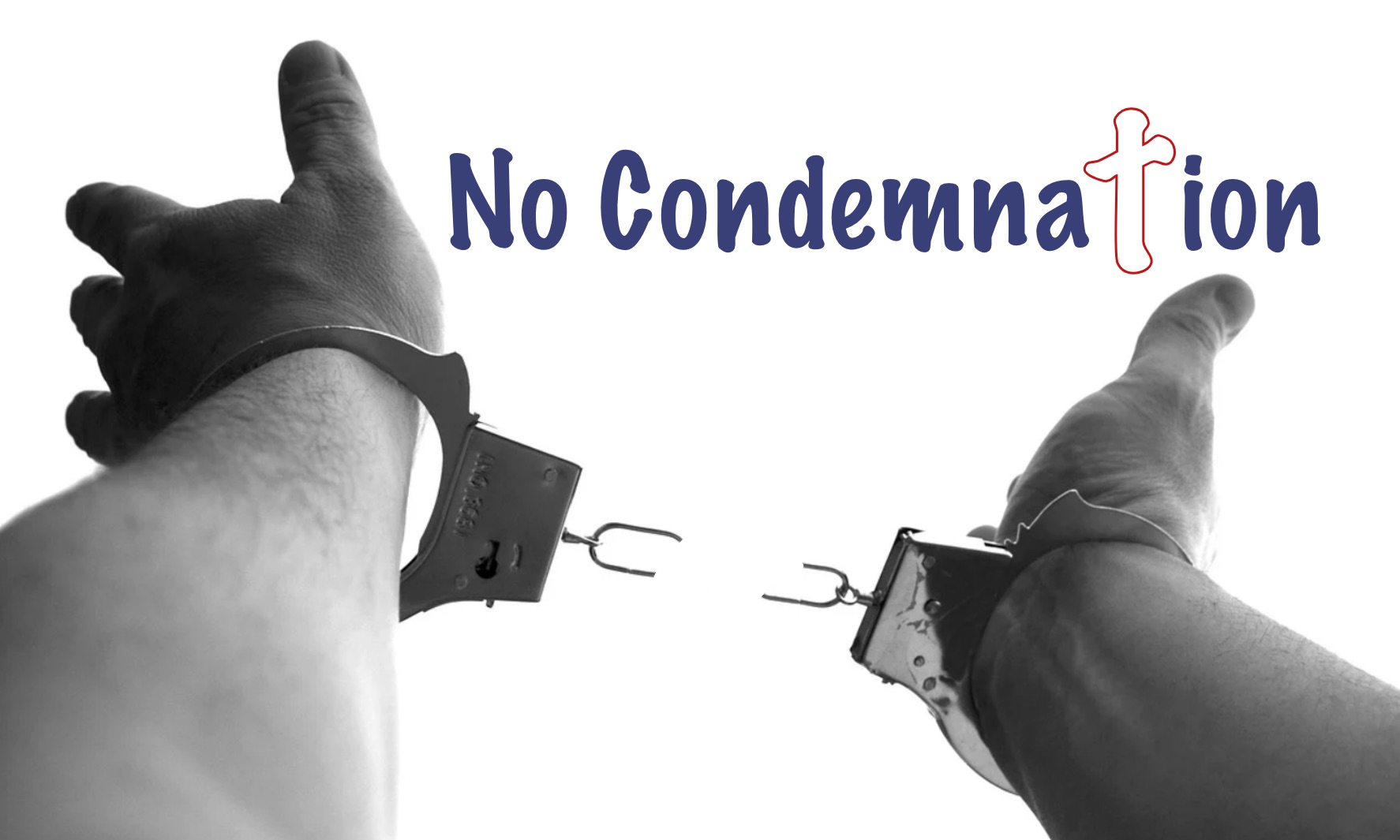 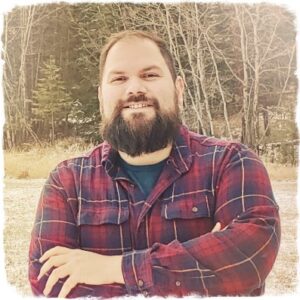 No Condemnation in Christ

Part 6 of an 8-part series presented by Oscar Sanchez on what it means to “Be In Christ.” In this devotion, we look at what it means to be 'condemned' as a people of sin, but how the bloodshed by Jesus paid the prices for our sin, and now there is 'no condemnation' to those in Christ.

I talked about the potential impact of ‘fear’ on your lives in the last devotional. Fear can keep you from building your relationship with Christ. It means you have to open up and trust and obey. That leads to being deeper ‘in Christ’ and takes you down the road of becoming a ‘new creature,’ because, in this process, the ‘old’ will fall away. I don’t know about you, but I don’t want to be who I was a year ago. Praise God that I was that person, and praise God that He was doing something in my life, but I’m still wanting something new. I want a fresh touch; a fresh anointing. I want to be made new more and more every single day until the day that I die and I cross over into glory. On that day, I will have received the fullness of His glory. Amen.

In this devotion, we need to discuss another barrier to growth in our walk with Christ. Romans 8:1 says, “There is therefore now no condemnation to those who are in Christ Jesus, who do not walk according to the flesh, but according to the Spirit.”

The first word in this verse I want to point out is the word “now.”  “Now” means now; this moment. As parents, you guys know what that word means. When you tell your kid “Now!” it means, ”put the controller down, get your butt up now! This minute; this second. That is what God is saying right here. “There is therefore now” — this minute, this second — “no condemnation for those who are in Christ Jesus.” The word ‘now’ means that something has changed. How did we go from ‘there is condemnation’ to ‘There is therefore now no condemnation? 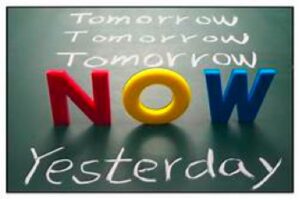 If you think about it, the word ‘now’ didn’t need to be in that sentence. It works without it. “There is therefore no condemnation for those who are in Christ Jesus.” That sentence would have worked perfectly fine without the word ‘now,’ but God specifically put the ‘now’ in it. Why? Because He wants you to know that the ‘no condemnation’ is not for when you cross into heaven, rather the ‘no condemnation’ is available now. For each of us, we achieve it when we earn our grace through faith in Jesus — the process of being ‘born again.’ However, the source of this freedom from condemnation isn’t dependent on you or your actions. There is ‘now’ no condemnation because something already happened. Jesus Christ died on the cross for each one of us, even before any of us were even born. So the state of ‘no condemnation’ is available NOW, but the condition of avoiding condemnation is “to those who are in Christ.” If you are in Christ; you are not condemned. If you are outside Christ, you are still condemned.

The second word to understand in this verse is the word “condemnation.” This verse says we can be free of it, but what is it? ‘Condemnation’ is defined as ‘the action of sentencing someone to a punishment.” But what are we being found guilty of? Romans 6:23 tells us. It says, “For the wages of sin is death.” The condemnation is for our sin, and the ‘wages’ are what we’ve earned — it’s our judgment or sentence. The second part of Romans 6:23 gives us the joyful news. It says, “but the gift of God is eternal life in Christ Jesus our Lord.” Both verses give us the same truth. If you want ‘no condemnation,’ it happens for those who are ‘in Christ.’ If you want to avoid the wages — due payment to you — of sin, which is death, it happens for those ‘in Christ Jesus our Lord.’

The third part of the verse to understand is the phrase “who do not walk according to the flesh, but according to the Spirit.” How can we be human, and not sometimes find ourselves ‘walking in the flesh”? We all make mistakes. I’ve struggled with this because I’ve always been a person who tries to earn my grace. Then I fall, and I think “I’ve failed! Am I still ‘in Christ?” But this promise of ‘no condemnation’ covers us.  Once we accept Christ, our position has moved from ‘condemned’ to ‘no condemnation’ and it is not dependent on us, or what we do.

Here’s a simple example. I have an old toaster, and that toaster is awful. I pray at night that my toaster doesn’t set my house on fire while I’m asleep. When I put the bread into it, it pops up whenever it wants to, and when it does pop up, it doesn’t come up all the way. so now I have to stick a fork in and pull the bread out. But you know what, it gets the job done. It is broken, but I can still use it to toast bread. When God sees me, He could look at my brokenness as a reason for excluding me from His grace. But He doesn’t. Despite my mistakes or fall-downs, God can and does still use me.

Another example is my dog. Like most pet owners, I love my dog despite his ‘issues.’ He was born with a cataract, and as he’s getting older his eyesight is just getting worse and he needs a little extra help. He’s probably going to need more and more help as time goes by. That doesn’t mean I’m just going to toss him to the side, because he’s my dog! He’s my family and I love him. 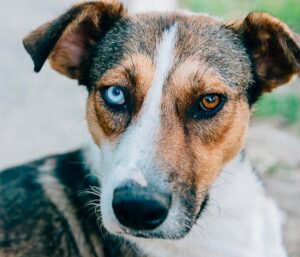 Sometimes we look at ourselves and think, “Lord, I messed up. I’m struggling on this, Lord.” I need a little extra help. But if we are ‘in Christ,’ even if we don’t always have the walk we want, God’s Word says we are still worthy of the kingdom. You’re still his family. He bought you with the price and He still loves you. And that’s what it means for ‘no condemnation.’

But what about the part of the verse that says, who walk “according to the Spirit”? If I slip into the flesh — sin, make a mistake — am I out of the Spirit? No, when you make a mistake and you’re struggling, guess what, God still loves you. You can’t earn his love, and you can’t lose His love. God’s love is consistent. God is faithful even when we’re not faithful. The big thing is, when you are walking “according to the Spirit,” that ‘conviction’ we discussed a few devotions ago will arise in your spirit. When that happens, you know, and you need to respond. What does that response need to be? A prayer of repentance and recommitment. “God, I’ve fallen again. I am so sorry. Help me to live each moment of each day ‘in Christ.’  When we do that, Psalm 103:12 tells us, “As far as the east is from the west, So far has He removed our transgressions from us.” Folks, you can go to the North Pole, and the South Pole, but there is no East or West Pole. It is an endless circle. Infinity. That is how far God removes your sins. Amen! 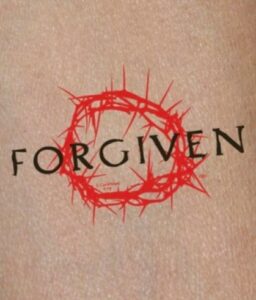 Re-read the scriptures in this devotion, and work to commit them to memory. They are important promises! This devotion gives three (3) important lessons for you. (1) Apart from Jesus Christ’s saving grace, we are all lost — destined for an eternity separated from God. The wages — what we’ve earned through our sin — is death. (2) In Christ, “there is now no condemnation.” Instead of an eternity separated from God, we are told in Romans 6:23 that the “gift of God is eternal life through Jesus Christ our Lord.” (3) When we accept Christ into our lives, we try our best to “walk in the Spirit” but ultimately we all fail in some way. It is a part of our human-ness. Like it or not, we will all fail. 1 John is a book written to believers. In 1 John 1:8, it says, “If we say that we have no sin, we deceive ourselves, and the truth is not in us.” But we also know that God’s grace is sufficient. 1 John 1:9 says, “If we confess our sins,” [don’t hide them or ignore them], “He is faithful and just to forgive us our sins and to cleanse us from all unrighteousness.” I don’t know about you, but I am glad when I confess my sin — my fall-downs; my transgressions — because they are spread by God “As far as the east is from the west.”! Amen!

Now I plead with you, brethren, by the name of our Lord Jesus Christ, that you all speak the same thing, and that there be no divisions among you, but that you be perfectly joined together in the same mind and in the same judgment.
1 Corinthians 1:10